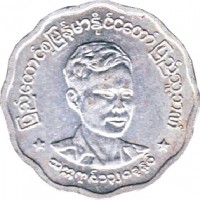 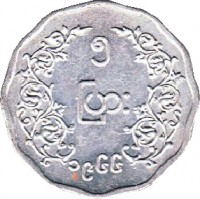 Description:
Head of Aung San to right flanked by stars below.
Bogyoke Aung San was a Myanmar statesman, firstly Communist and later Social Democratic politician, revolutionary, nationalist, founder of the Tatmadaw, and is considered Father of the Nation of modern-day Myanmar who served as 5th Premier of the British Crown Colony of Burma from 1946 to 1947. He was the founder of the Communist Party of Burma.