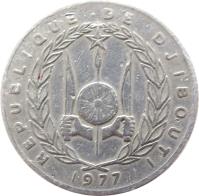 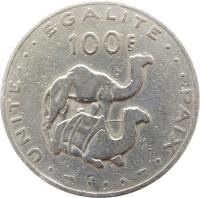 Description:
National Coat of Arms within wreath, date below.


Description:
Pair of dromedary camels right, denomination above.
The Dromedary Camel was originally native to northern Africa, but became extinct in the wild around 1000 BCE. They were reintroduced around the beginning of the 6th century when Persia conquered Egypt. Experts disagree on when the camel was first domesticated with opinions ranging from 1400 BCE to 4000 BCE. Today there are approximately 13 million domesticated camels in Africa.