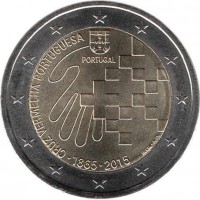 © Image from In the World of Coins 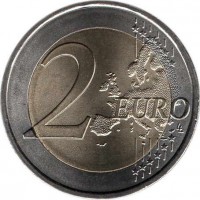 © Image from In the World of Coins


Description:
The design depicts a visual composition based on the well-known cross, symbol of the organisation, replicated several times to represent the expansion of the humanitarian action both in Portugal and abroad. The contour of a hand in the background symbolises the different kinds of help given by the organisation to the people, mostly medical, but also and among others: cooperating, constructing and supporting. At the left side, in semicircle, the inscription ‘CRUZ VERMELHA PORTUGUESA’. At the top, the Coat of Arms and the name of the issuing country ‘PORTUGAL’ and at the bottom the years ‘1865’ and ‘2015’. The coin’s outer ring depicts the 12 stars of the European flag.